The orchid is a very strong symbol in the language of flowers. Its meaning can change based on color although there is a common symbolism: elegance.

The legend of the orchid

For the ancient Greeks, the first orchid was born from the metamorphosis of Orchis , the son of a Nymph and a Satyr. Orchis was a passionate young man, popular for his beauty and boldness. It was precisely the audacity that betrayed him: Orchis fell in love with a Priestess of the God Dionysus and tried to seduce her with strength and decision ... unfortunately this venture unleashed the wrath of the God who decided to feed him to the wild beasts.

The gods of Olympus, moved by the story, transformed the remains of the young man into a flower, a flower that was the antithesis of the boy: the boy was contemptuous, the delicate flower. The boy was strong, the thin flower.

This is how the first orchid was born, slender, elegant and delicate… the opposite not only of the temperament but also of the exuberant body of the young man.

Orchid: meaning of the flower

The word Orchid , as stated, derives from the name Orkhis whose meaning is, literally, "testicle". Yep, you just discovered that the meaning of the words of such an elegant flower is just…. testicle! This name is linked to the legend described but also to Theophrastus, the botanist who first identified the flower and noticed a clear similarity between the fleshy roots and the attributes of the male anatomy.

There are over 20,000 species of orchids. One of the most famous species is the Phalaenopsis Orchid . It is called Phalaenopsis because those who first observed it mistaken its flowers for large white moths. 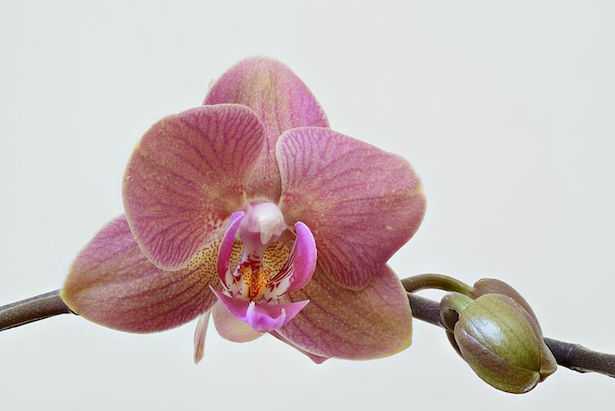 Let's move on to the meaning of the orchid in the language of flowers by reconnecting the flower to the color.

If the orchids in question are of two colors, the flower will contain the combined meaning of that indicated by the different colors. For example, a white orchid flecked with red symbolizes lasting love, respect and reverence but, at the same time, it expresses a desire for intimacy. If the flower is white and yellow, it will convey a meaning of intense, pure, sincere love and strong complicity.